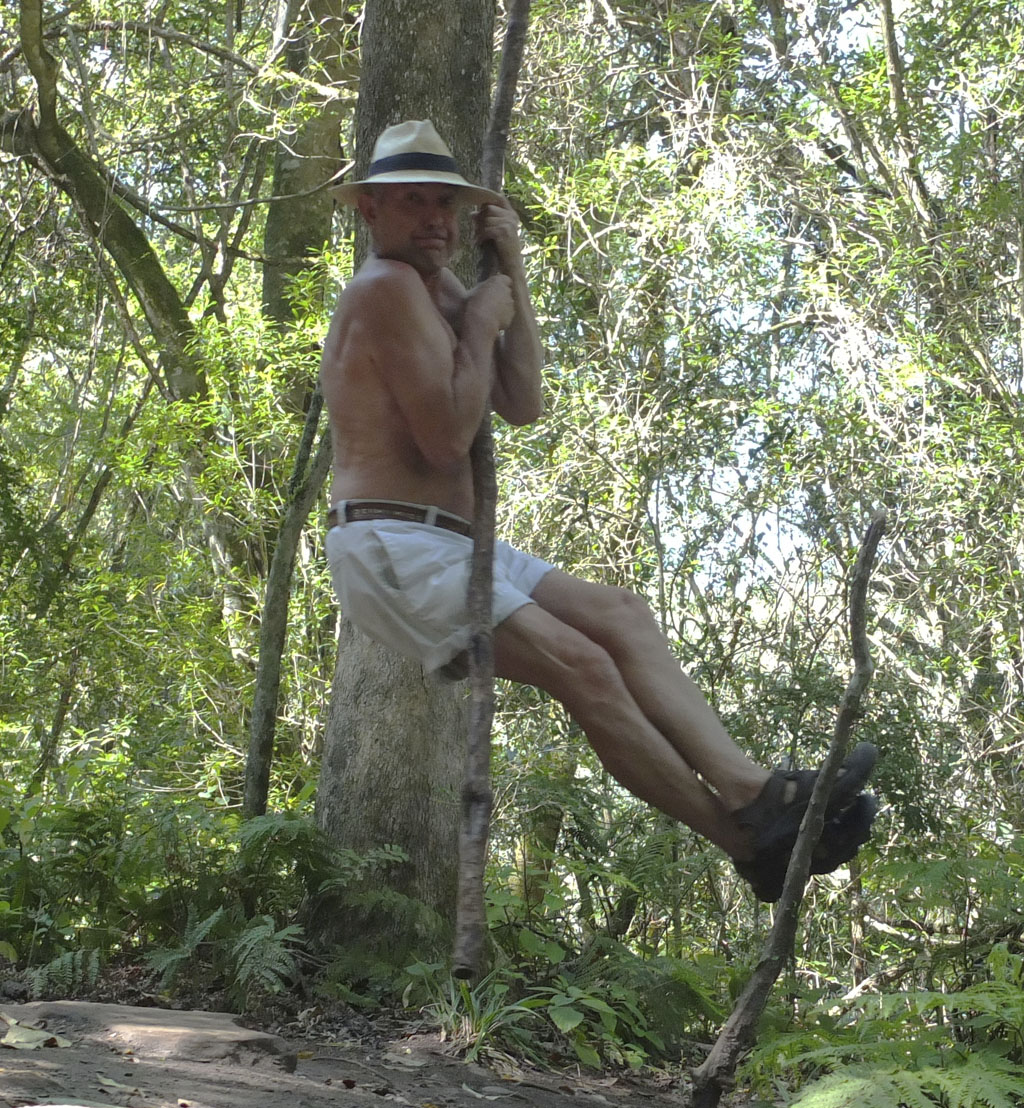 Arriving in the 21st Century.

This week I arrived in your century. I was stuck for a while in the last one and I am not complaining, the second half was a great innings. We had the sexy sixties and flower power after all.

We had Bob Dylan more than you have probably and we definitely had more of the Beatles for longer. We went to the moon and travelled through space in re-usable spacecraft before you retired them and called for Russian Taxi Rockets. We looked into the Sun and sent probes off to distant planets and some of them have only just got there. But it was still the 20th century.

It is not as though I had not embraced the new world either. I even tried my hand at “technology” with clever home brew antennas and complicated black boxes. A complete room full of 20th century equipment was required to speak around the world and bounce radio waves from orbiting satellites

flying 60,000 kms above my crackling headphones. On 1st August 1998 at 10.00 UTC, the ill fated russian space station Mir flew overhead at 600 kms altitude and I unsuccessfully invited the French Commander down for lunch, carefully adjusting my frequency for the doppler effect. “After a glass of wine” he replied on VHF, as clear as a bell; “I would require a lift back up here”. He was definitely a contemporary. I probably had a computer before your birthday and still have the wounded vertebrae from carrying it from one room to another. So it’s not like I didn’t try. My data disks contained what I told them and never requested an update, a deep scan or a defrag but they did require 6 inch envelopes and a big family to do a little job. There were no viruses on that machine as long as the children , excited at wining at Pacman, did not spittle onto the screen.

The crux of the matter is that I could understand everything up until the dying years of the nineteen hundreds. I could dismantle my car and visualise where everything went and what it did or at least what it was supposed to do when things went well. A noise from any particular point of the rose would indicate to me a noisy bearing so to speak. It could be fixed! It was the era of spare parts and these could be purchased without producing your life history and having your retina scanned. Oil rags were not something that cars ran on, they lived in your pocket, ready for action at the first sniff of a leak. Oil stains on your garage floor were a sign of distinction, wealth even.

The 21st century did not take me by surprise. Oh no, not by any means for I had even laughed at the Millenium Bug scam and switched everything off the day before. The very day of that dawn I stood at the ready, armed with multiple killer sprays before switching on even the toaster. No, the century came unexpectedly without surprise. But I knew what we were in for and I was determined to embrace everything new.

Fourteen years later I could still not leave the house without my oil rag, the most vital accessory for a 1980s petrol engined Land Rover, 400,000 kms old. Other peoples cars smell of strange factory induced mossy by-products, designed to induce feeling of modernity foreign to me; cleanliness, leather-care products, oil and grease free perfumes sprayed into the glove box just prior to closing the deal. Mine has that greasy carpet,burnt rubber,old cigarette,dead rat kind of smell; that’s what people say. Fine with me until the petrol price hits the R14 per soup-spoon level.

It become cheaper to take the Blue Train to Cape Town than to drive my car which needs 450 litres to get there and back. That is probably more than a Jumbo Jet costs per passenger.

So the 21st arrives and with it hope for the eternal driver and traveller; the less expensive kilometer. Solar powered, hybrids, fully electrical cars, hydrogen cells powered and even compressed air cars to be made in a factory in Kyalami. But the price of my petrol climbs quickly to disavow the promises of driving utopia. On the 1st of January 2000 the Brent Crude Oil spot price hovered around the $20 a barrel and on the same day in 2014 the price had climbed to nearly $110.

So from a litre of Super at under R3.00 my poor old Land Rover needed the new LRP at over R14.00 per litre; at 15 litres per 100 kilometres that means R2.25 per km. Her technology is not keeping up with the times. And nor is my pocket money. Something has to be done.

On one of those balmy ‘going no-where’ trips around the country I sit looking at the Knysna Louries flying freely and at zero rands per kilometre, from my garden bench in a backpackers. It occurs to me to stay here for a while. Why? Because the backpackers cost R200 a night/day and if I begin the next stage of my journey I will have to pay R700 of petrol, my daily burden with a 3.5l V8 ~ 2000kg motor car. I will have to fork out R3375 one of these days to get back from the Cape! It takes me 5 days to go to the Cape and 14 years to come back to reality. I need an oil rag sniffer that will set me free of the petrol station, diesel even. New technology, small turbo, direct injection, common rail, 100kw, 400nm and 5 litres per light-year, or an electric car, good for 350km on one fast charge is what we need.

I look at small sedans which are too tempting to car thieves, delivery vans which have no road clearance, motorbikes which have paniers too small for my camera, pick-up trucks which are either too expensive or too rotten and find that only compromise will work in this quest. It’s all very well to have the technology ubiquitous but I don’t see a Tesla or a compressed-air engine anywhere. No hybrids available second hand. No charging stations, let alone solar powered ones, no Re-cycled Vegetable Oil filling stations exist in my real world. And everyone in the city is driving big sedans, fatter four-wheel drives monsters and ugly flashy S.U.V.s which all burn 10-20l per 100 km. I wonder if Nichola T is turning in his grave.

I think that I am going to get some bare chested hippies to paint sexy sixties flower-power motifs all over my gas guzzling go-mobile. Surf’s up. And then tonight; I’m going to get high on petrol fumes and listen to Bob and the Beatles and watch the Soyuz fly past.

Cracking crude oil is still cheaper tech than Crack on the street.