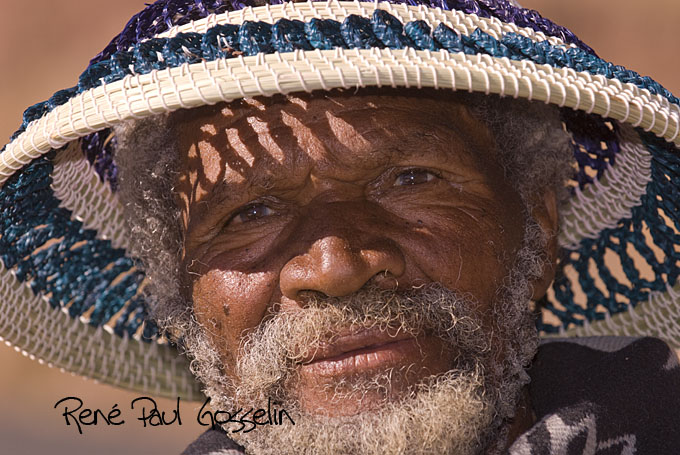 The essential store of knowledge of the Basotho culture is not only held with the confines of the Kingdom of Lesotho itself.

Since the early days of the 19th century, people from all walks of life and from all parts of the world have visited the country that was first inhabited by the San, before the arrival of the Baroa, the Nguni, the Griqua, the Kora and Barolong, the Asians and the Europeans. Many became attached to the country and those who moved on took with them memories at least.

Sekonyela, the son of Mantatisi, a Tlokoa group from the region, campaigned throughout Southern Africa with his heteroclite horde and changed the lives of the Nations he conquered, all the way up to the Zambesi.

The Amahlubi of Chief Mpangazithi, the Amangwane of Chief Matuoane and the Ndebele of Mazilikazi were neighbours or visitors at one stage or another; some came and some left but none were left indifferent. Except more expedient Boer commandos perhaps; Commandant Louw Wepener, for one, was an aspiring visitor to Thaba Bosiu, hoping to unseat King Moshoeshoe. He was left not only indifferent but quite dead when he attempted to walk up to the Kings’ front door, with impunity.

The culture of the region permeated the travellers and moved on with most of them. Today, Southern Sotho is spoken in lands far distant from Lesotho, because of these adventurers and others.

The first French Missionaries came upon Lesotho almost by accident. They were originally heading for stations further north to bring the gospel and peace to the Batswana who were under the oppression of Mizilikazis’ Ndebele warriors. The appeal of King Moshoeshoe in the year 1833 changed their lives and those of many others, forever. The exchange of culture between the new visitors to Lesotho made differences on both sides of the divide. The missionaries bought modern ideas to the newly forming nation of the Basotho. Then regular reports from the stations at Morija and later at Thaba Bosiu, told the world the news of the Great King Moshoeshoe and his peaceful but invincible people. These reports, the ‘Journal des Missions Evangeliques’ today form a most important resource for historical research and they are housed at the Parisian missionary headquarters and in other private collections.

The British began their visits full of hope and promise, but for them, this was not to be a ‘land of hope and glory’. Early relationships with the Basotho were cordial and exchanges were warm and generally fruitful.

King Moshoeshoe was recognised by the British authorities in place in the Cape of Good Hope, as the legitimate ruler of his territories in 1834. More visitors, some successful, other less so and less respectable came to Lesotho to collect their share of Basotho culture; Governor Napier, Sir Peregrine Maitland and Sir Harry Smith, were early visitors, in body or in mind, to the region and full of promises. Sir George Grey and Lt. Gen. Sir George Cathcart lost their battles but left more enlightened and probably feeling indebted to their Basotho adversary. Then from one emissary to the next for 98 years the British came and went. And so did the lands of King Moshoeshoe, at the whim of one Governor or the other. The consular and ambassadorial letter books are tangible evidence of the birth of the nation and its’ early history. The memories of Lesotho must be most plentiful but certainly the most painful in the Albion.

Some eighty percent of today’s tourists are from overseas and many of them carry home evidence of their return. The eager never cease to lecture to their peers on the beauty and culture of the country. Young people travel to Lesotho to help with development programmes, in aid agencies and n.g.o.s’. They return home with pieces of Lesotho and memories of the Basotho. Dozens of web sites, hosted in many countries show off these experiences and tell the world how to get there and what to do. Thousand of snap- shots are displayed by almost every visitor who cannot wait to share their collection of Basotho happenings.

Great stores of knowledge and empathy have been built up in great repositories of the world; The Library of Congress, The Library of the University of North West, the libraries of other great universities, history museums in London, Paris, New York and Geneva and in private collections around the world. Lesotho is loved and studied from all angles and from all distances, near and afar.